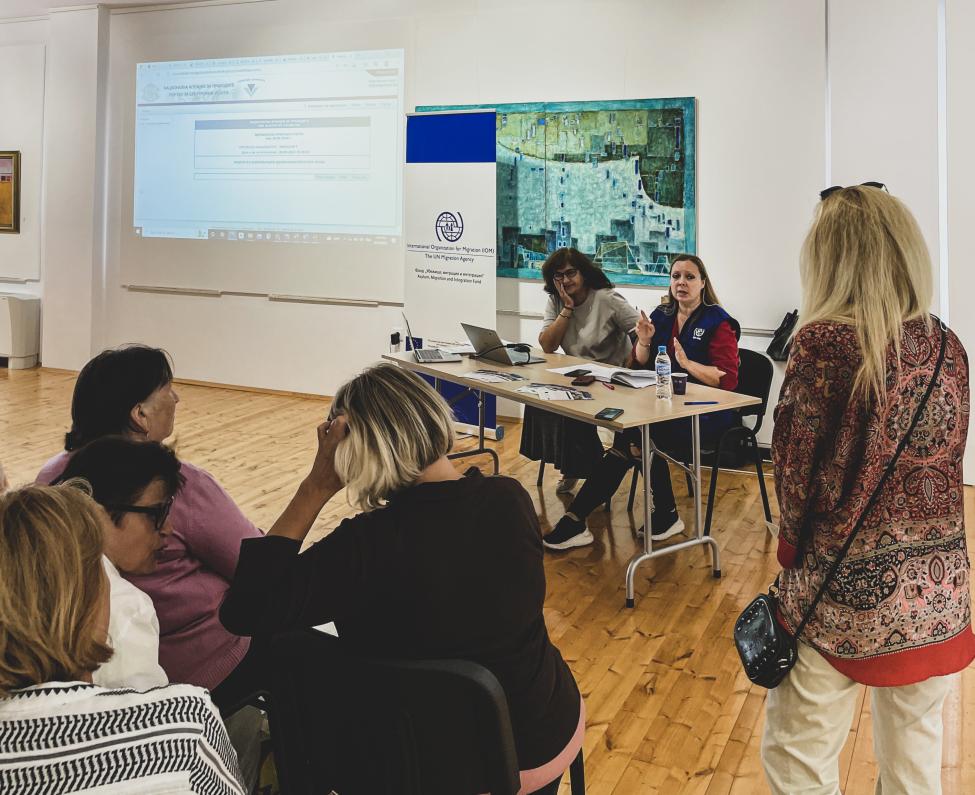 More than 7 months after the start of the war in Ukraine, according to official data, more than 530,000 citizens of Ukraine have entered Bulgaria, of which more than 85,000 have remained in the country. A large part of them is located in settlements on the Bulgarian Black Sea coast, and although a significant part of these people successfully integrated, there are still many issues of a social and legal nature that create serious obstacles for many Ukrainians on the territory of Bulgaria.

With the above mentioned in mind, IOM Bulgaria organized two informational meetings with Ukrainian citizens and people fleeing the conflict in Ukraine in the cities of Pomorie and Burgas on September 29 and 30, respectively. 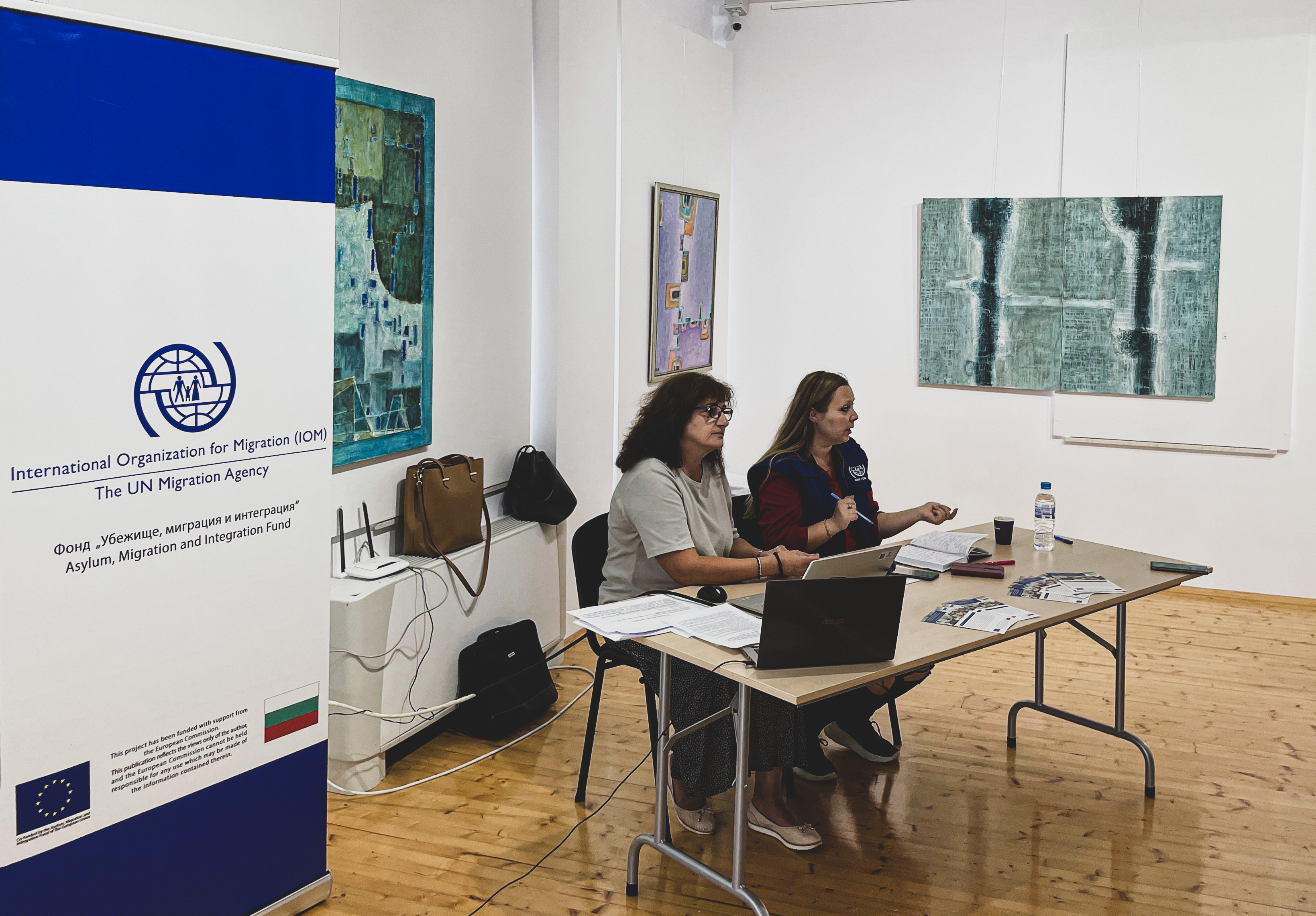 The two events generated serious interest and were attended by a total of over 70 people. The topics of discussion were issues related to temporary and international protection, labor rights, national assistance programs in the field of integration. The participants actively participated in a discussion and shared their specific problems, questions and cases, on which they received adequate advice and clarification.

Among the topics of discussion were rental agreements, health insurance in Bulgaria, pension system and the peculiarities of pension insurance in the country, etc. 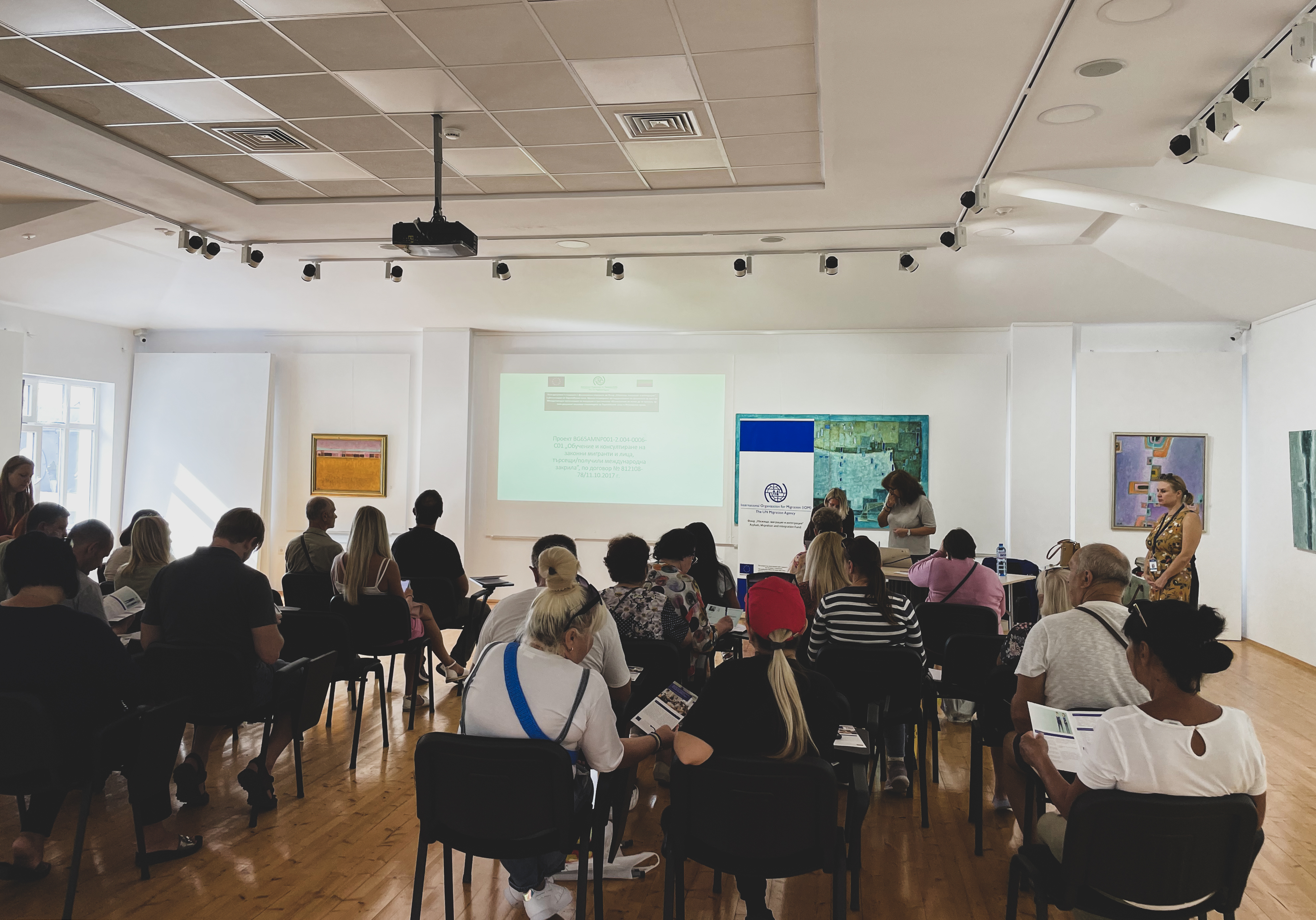 During the meetings, the attendees were also informed about free Bulgarian language training program and other initiatives implemented by the International Organization for Migration with a focus on vulnerable persons and those fleeing the war in Ukraine. The program for free training in Bulgarian language is one of the most successful integration measures within the framework of the implemented project. Among the participants there were beneficiaries, who successfully completed the Bulgarian language training organized by IOM who shared their high assessment of the quality of the training and their successful implementation on the labor market and their social adaptation in the country, after participating in the program. 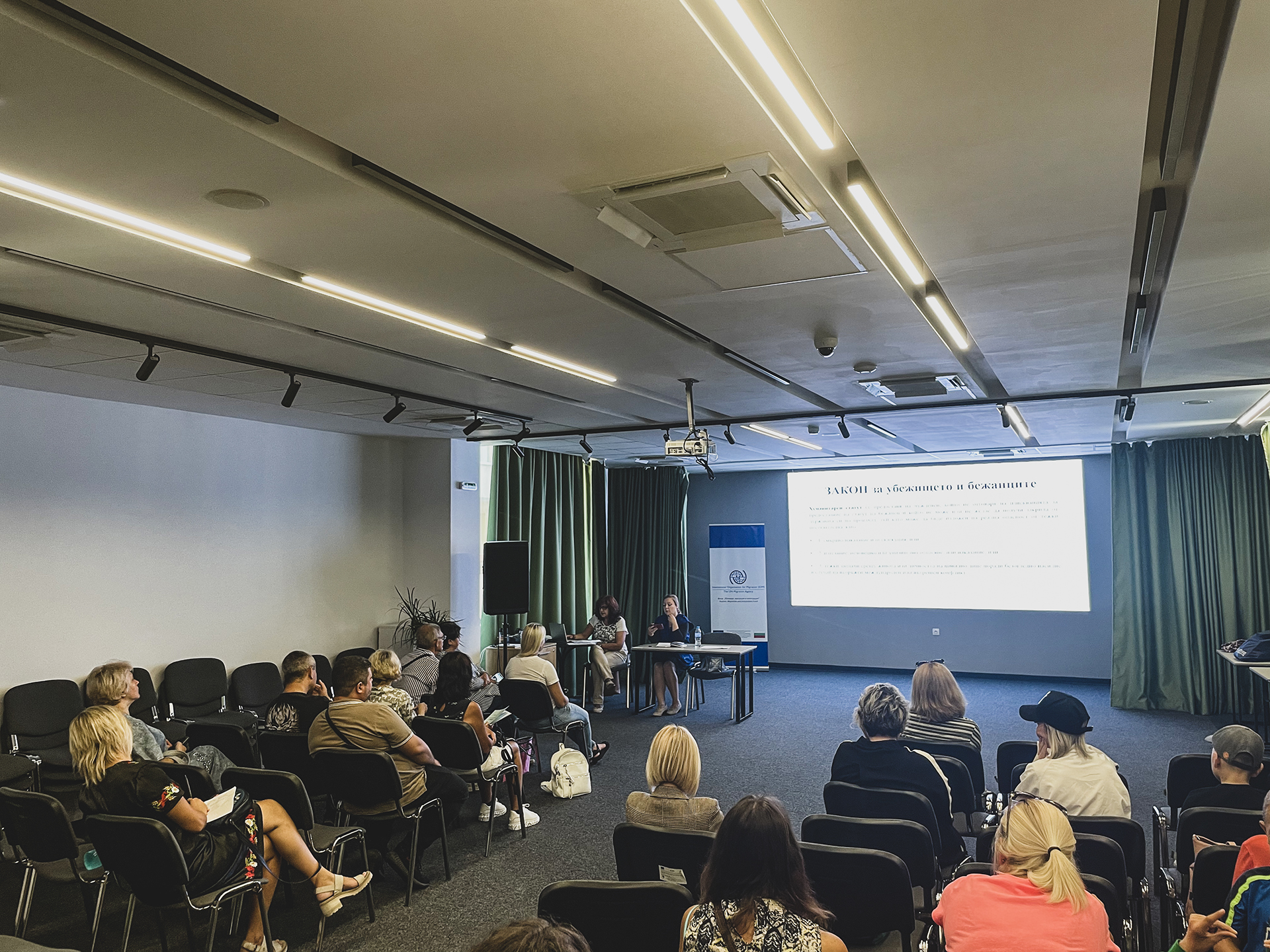 The informational meetings were organized within the framework of the project "Training and counselling of legal migrants and persons seeking or having received the international protection" funded by the National Program of Bulgaria under the Asylum, Migration and Integration Fund 2014-2020.

Subscribe to IOM newsletter to receive the latest news and stories about migration.